You can find the last two posts in the Great by Choice series here:

One of the first books our employees are given on their first day at SLS is “Great by Choice” by Jim Collins and Morten T. Hansen, which looks at why some companies thrive in uncertainty and chaos, and why others don’t. What draws us to this particular book is its focus on quantifiable data to lead you to the conclusions of what made these companies excel in their industries. There are three main points that we will cover in three blog posts, so that we can hopefully give you some insights that will help you become GREAT BY CHOICE. And to that end … let us know when we can assist. We’re more than a commercial lender. We’re your partner in business. Call us at 816.423.8021

The true key to becoming a great, lasting company, is survival. It’s almost in the definition of being a “lasting” company. This idea is pretty inherent in any business… we haven’t met any in our 31 years that were actively trying to go under… so why are there still companies that close their doors for the final time each year? What are they missing? Well, they might just be lacking some Productive Paranoia.

We’ll be looking today at the three points that are covered in this section of “Great by Choice”:

“By the late 1990s, Intel’s cash position had soared to more than $10 billion, reaching 40 percent of annual revenues (whereas [in comparison to Intel,] AMD’s cash-to-revenue ratio hovered at less than 25 percent).”

If you’re looking for 10X success, you need to prepare for the worst outcomes, or what this book dubs “Black Swan” events. These are low-probability, highly disruptive events that are impossible to predict… to a degree. As the text states “the probability of any particular Black Swan event might be less than 1 percent, but the probability that some Black Swan event will happen is close to 100 percent.” It never hurts to prepare… especially in the best of times.

One might think that companies that have reached 10X success are more likely to take bigger risks to reach their position, but according to the research in “Great by Choice” this was not the case. In looking at ~57 decisions made by 10X Companies, and their Comparison Companies, 56% were low risk and 44% were medium to high risk for 10Xers, as opposed to 22% falling in the low risk category and 78% for medium to high risk decisions. That tells quite a story.

Of course, not all risk is unavoidable, and some higher risk decisions come to the table. In cases where higher risk decisions are unavoidable, such as time-based risk decisions, 10Xers took control and made sure they analyzed the time table available and took a mindset of “go slow when you can, fast when you must.” They avoided reactionary decisions, and came to deliberate, fact-driven conclusions, and made sure they executed with the intensity needed for each respectively situation.

Overall, they were always looking to reduce risk so they could avoid these higher pressure, time-sensitive decisions. When times were good they continued to shoot bullets, not cannonballs to analyze their current business conditions, and where to move to next (remember part 2 of this series?) Sometimes a little productive paranoia can go a long way.

Productive Paranoia #3: Zoom Out, then Zoom In

We’re going to keep this one pretty simple. To be a 10X leader, you have to have a dual lens capability. You have to be hyper-focused on the task at hand, without losing track of the macro. This ability, in practice, looks like this:

Sense a change in conditions

Assess the time frame: How much time before the risk profile changes?

Assess with rigor: Do the new conditions call for disrupting plans? If so, how?

Focus on supreme execution of plans and objectives

With the three topics we’ve covered over the last couple of months, hopefully we’ve helped you make the next step to become Great by Choice. Thanks for reading along each step of the way! Feel free to take a look at the rest of the posts on our blog for more helpful posts like these.

You can find our last two posts in the Great by Choice series here:

These ideas have been major philosophies of our business, and we hope it has given you productive ideas for yours. We’ve worked with a lot of companies over the years who are on the journey to become Great by Choice. We’ve helped businesses finance equipment to free up their monthly cash flow to pursue their business bullets, and continue to be a part of companies’ 20 Mile Marches. Maybe the ideas in this series were valuable enough, and if that’s true, thanks for stopping by, but if we can help assist you, feel free to give us a call! We’re more than your commercial lender, we’re your partner in business. 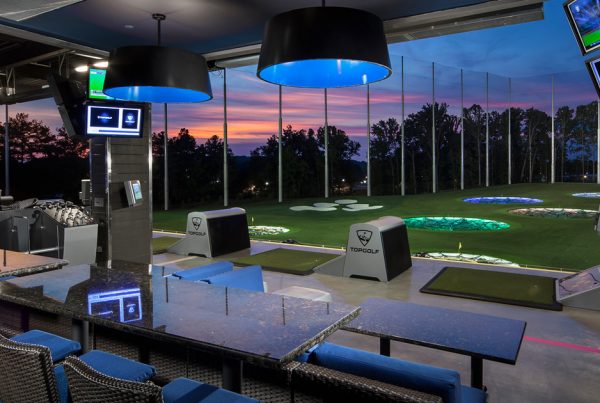